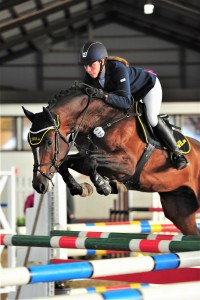 Johanna Wall competes with New Port-W 1314 in showjumping and we decide that New Port-W 1314 shall not be sent again for an other rider for competion riding. The breeding and the well beeing of the stallion comes first. The competition goal sets to 140  cm classes with aim to climb higher as the couples routine grows. 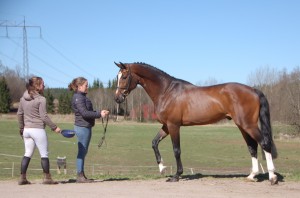 February New Port-W is injured when doing eventing and he is moved back to Sweden to Johanna Wall for recovery and breeding.

New Port-W and Elmo Jankari are chosen in to the  Riding Federation of Finlands Tokio 2020- project but is soon pulled off by the owner.

A colt and a filly were  born by New Port -W frozen semen in Finland. Breeder the threedayeventrider Sanna SIltakorpi. 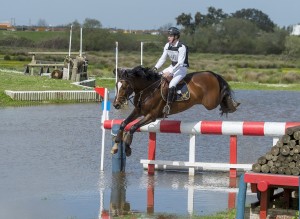 For the breeding season 2016 New Port-W 1314 is  available through frozen semen. The semen can be ordered from Finland Ordenoja breeding station. www.ordenoja.fi 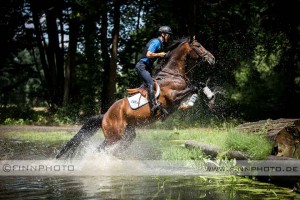 The pregnancy with fresh semen was very good.

New Port-W 1314 get a prize at the Skuryp Elite competition small (140cm) final.

No Worries was approved for breeding by Springpferdezuchtverband Oldenburg e.V

New Port-W approved for breeding by the Polish Half- breed and wlkp.

In the beginning of the year No Worries had great success with Fredrik Jönsson with a second prize in a 150-class at Stockholm.

Later the spring No worries was moved to Johanna Wall, where he could have a bit of a summer holiday. At the fall No Worries got a new rider, an Olympic medallist Peter Eriksson. The couple competed lower classes from 120 cm -to 145cm with good success.

New Port-W got six foals this year and they all show a good confirmation.

No Worries had great success in the competitions and the first filly by our own stallion New Port-W (Chellanos Boy DZ – Caretino K) was born.

No Worries was placed sixth in the Finals of Breeders Trophy Show Jumping. Because of major building project on our farm all the horses were moved elsewhere.

Piia Pantsu and No Worries were chosen by the Finnish Breeding assosiation, Ratsujalostusliitto,  to attend the FEI World Breeding Jumping Championship for horses of 5-years of age.

20th May:
No Worries and Piia Pantsu at VinslÃ¶v young horse classes jumping 120 cm. Two rounds, both without a pole down. Here you can see the second round of the day.

Garesse, No Worries, Finesse and Be Happy belong to the mare family KWPN 022, which is ranked to the FIFTH BEST mare family in breeding for Show Jumping in the World.
Published in the magazine Show Jumping.

Our own breeding Stallion No Worries ( No Limit-Voltaire-GagXX)  was not approved at the ASVH stallion approvals. He qualified fast to the Falsterbo Horse Show and the Breeders Trophy. No Worries attended the Young Horse World Championships in Zangersheide. No Worries was placed third in the Finals of Breeders Trophy Show Jumping. 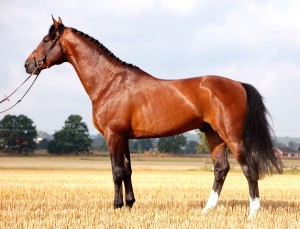 No Worries born 2005 (No Limit-Voltaire-Gagxx)

We welcome Therese Hansson as our employee. 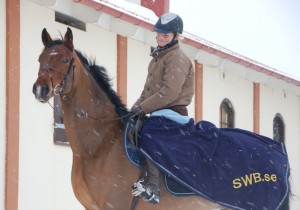 Own breeding No Worries (No Limit – Vorlaire – Gagxx) wins the show-jumping at the Flyinge quality competition with 50 point No Worries was the best SWB horse at the Breeders Finals of show-jumping for 4yo.

Own breeding No Worries (No Limit – Voltaire – Gagxx) achieves a jumping diploma with 49 points and places third at the Breeders Finals with score of 9,7.

Bachelor of Science major in Business Administration and Leadership.

Approved farm for working experience for students who want to apply to the Hippolog education.

Own farm is built at Flyinge, Sweden. This web-site had its humble origins.

Hippolog. A University degree from the Swedish University of Agriculture,

52 nd at the Eventing World Championship in the Haag, 14th at LuhmÃ¼len

Riding Instructor from Ypäjä, Finland. Silver Medallist in the Nordic and in the Finnish eventing Championship.

The Champion of Finland in Three Day eventing. 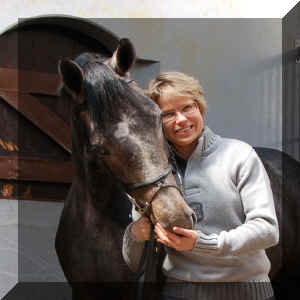